The U.S. almost enacted climate policy ten years ago. Why did it fail and what can be learned from its failure?

The summer of 2009 was the only time I’ve regretted becoming an academic. On June 26, 2009, the U.S. House of Representatives passed the Waxman-Markey bill, a comprehensive, national climate policy, and the first to pass either Houses of Congress after a decade of failed attempts. I would know: during the mid-2000s, I analyzed those previous bills for a major environmental non-profit.

What was unlikely only a few years earlier now seemed within reach. The climate policy world was abuzz: a stringent U.S. climate policy could finally turn the tide against dangerous climate change.

Unfortunately for me I was nowhere near the action. Instead, that summer I was recovering from my first year as a PhD student, which in economics is notoriously bruising. After a year of abstract math problems and without knowing yet how to apply my training, I was both excited by Waxman-Markey’s passage and regretful of my ill-timed departure to academia.

Of course, that moment of optimism was short-lived. The ensuing 12 months witnessed the dramatic collapse of U.S. climate policy, as summarized by the plot below showing the declining likelihood of passing U.S. climate policy after the summer of 2009.

Note: Daily likelihood of passing U.S. climate policy during 2009-2010, as captured by a prediction market at the time.

There are multiple common narratives for why the Waxman-Markey bill ultimately failed to become law. Some point to the unexpected death of Senator Ted Kennedy, whose replacement by Scott Brown broke the Democrat’s filibuster-proof Senate majority. Others fault President Obama’s strategic decision to prioritize passage of health care over climate policy during this period. Yet others note the rise of conservative populism, as embodied by the Tea Party.

Waxman-Markey’s failure continues to shape the contours of domestic and international climate policy debates today, nearly a decade later. For me, as an academic equipped with the training I received during that 2009-2010 period, Waxman-Markey has repeatedly become a focal point of my research. I have both studied its potential economic consequences and why it failed to be enacted.

In a paper published this week in Nature Climate Change titled the “The Social Cost of Lobbying over Climate Policy”, Ashwin Rode and I turn to one explanation that was widely discussed in the media, but with little supporting evidence: political lobbying around climate policy. At the time, Waxman-Markey was called “the sum of all lobbies,” with companies spending over $700 million on its lobbying, or roughly 14% of all lobbying spending between 2009 to 2010.

Our paper quantifies how lobbying influenced Waxman-Markey’s likelihood of being enacted. To do that, we had to overcome a number of technical hurdles which includes developing a new empirical method for forecasting the impact of the policy on company profits and extracting lobbying spending from U.S. Congressional lobbying records. We find that total lobbying by publicly-listed firms reduced the bill’s chances by 13 percentage points, representing $60 billion in expected climate damages.

My students often ask how, after over a decade of working on climate policy, I remain hopeful about climate change. My answer is that I find optimism in research. Our Nature Climate Change paper provides an example. In a series of simulations, we show that the same lobbying forces that lowered Waxman-Markey’s chances could be leveraged towards designing more “politically-robust” climate policies.

This belief that rigorous research offers new solutions to climate change is why, since that summer of 2009, I have not regretted becoming an academic. While I sometimes still bemoan just how close the U.S. was to enacting climate policy ten years ago, I also recognize the important lessons for future climate policy from that failed experience. 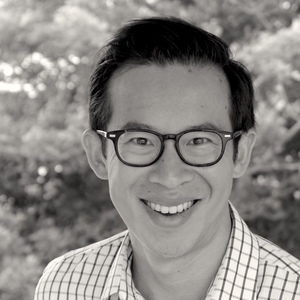 Kyle Meng is an Assistant Professor at the Bren School and Department of Economics at the University of California, Santa Barbara and a Faculty Research Fellow at the National Bureau of Economic Research. He is also co-director of the Climate Solutions Group at UCSB's Environmental Market Solutions Lab. He studies environmental, energy, and resource economics with a focus on advancing the empirics of climate change economics. He received his PhD from Columbia University and B.S.E. from Princeton University.
Follow