Imagine there's no countries, It isn't hard to do (John Lennon)

The obligation of researchers is to evaluate the world with the best tools at their disposal and if these do not exist, to create them.

In the Prize Lecture given by Wassily Leontief in 1973 when he was awarded the Nobel Prize in Economics, the author develops a useful theoretical model with only three sectors to evaluate the different paths of world economic development compatible with the mitigation of its environmental impacts. 46 years later, researchers have not only the theoretical tools but also the statistical information from hundreds or even thousands of sectors to evaluate these world paths of mitigation.

The development of multiregional input-output models and their environmental extensions have allowed, using the footprint methodology or consumption-based allocation, to confront many of the open questions. However, footprint measurements transfer responsibility to the agents who make consumption decisions. As citizens and consumers we are overwhelmed by the continuous slogans they send us to save the planet: consume local and seasonal products, become vegetarian, meatless Mondays, offset your emissions, reduce your air travel, use public transport, buy electric or hybrid cars, and so on.

Are consumers really responsible for climate change or are companies or countries responsible? Although we recognize that consumers have to share a part of that responsibility, do consumers have the economic power to redirect the economy along a sustainable growth path? In the end, companies are the ones who decide how to produce the goods, where they locate their production and which suppliers they choose, whether they are more or less environmentally friendly. Among them, the multinationals with their immense economic power must also have considerable responsibility.

In an imaginary/theoretical world, similar to that proposed by Leontief, we would have a statistical environment that would allow us to trace the decisions made by the millions of firms in such a way that we could assess the carbon footprint associated with their production decisions. However, as this ideal world does not exist in our research we developed a methodology that allows combining different data sources to trace the carbon footprint of U.S. multinationals when they locate their production all over the planet. Globalization has led multinational companies to operate in a world where there are virtually no borders and our work allows us to trace CO2 impacts throughout their global production chain.

The results show how the carbon footprint of the MNS USA leads them to rank as the 12th most polluting country or that almost 40% of that footprint ends up being consumed in countries different from those that locate the production. Instead of reducing the responsibility on climate change we all have as consumers, what it provides is new information that should favor the involvement of these agents, with greater economic power, in the fight against climate change and for more sustainable development. 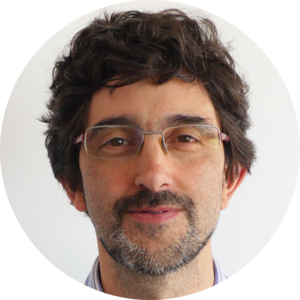