“Can we trust Indigenous knowledge?”

It’s a question I am often asked by my natural science colleagues when reviewing evidence of climate change and the impacts it’s having.

Actually …. no, it’s a complex and detailed body of knowledge acquired through repeated observation, experience, and reflection accumulated over generations.

“But we can’t trust it to the same degree as science.”

Well, if you go to the Arctic and have the opportunity to travel on the sea ice, who would you rather go with, an elder well-respected for their Indigenous knowledge or a scientist with multiple publications in Nature? When put this way, and ‘trust’ suddenly comes down to personal safety, people have a lot more faith in Indigenous knowledge!

Such goes a typical conversation I have had many times, whether it be as an author on the IPCC, at conferences, or when responding to reviewer comments. The state of the conversation is improving though, and many scientists increasingly ‘get’ the insights Indigenous knowledge can provide. There is a fast-growing literature documenting Indigenous observations of climate change, for example, or trying to integrate Indigenous knowledge and science in impacts and adaptation research. Even the UNs Intergovernmental Panel on Climate Change, a bastion of scientific conservatism, is examining how diverse sources of knowledge can strengthen its assessment reports. Canadian and US national climate assessments have already made progress in this area.

Efforts to bridge the science-Indigenous knowledge gap, however, tend to be directed on the terms of science, focusing on documenting facts and observations to fill-in gaps in scientific understanding from regions with sparse data coverage. The more complex aspects of Indigenous knowledge rooted in worldviews and belief systems are often overlooked, and where science and Indigenous knowledge contradict each other, it is often assumed that it is the science that is correct. Research in the Arctic epitomises these challenges, and while the importance of Indigenous knowledge is probably acknowledged here more than in any other region globally, conflict still abounds.

It is against this backdrop that I found myself as a PhD student, and then as a professor, partnering with Inuit communities in the Arctic to understand how climate change is affecting access to semi-permanent trails on the land, ice, and open water (the main transport routes in many Arctic regions). My research was mostly ethnographic, working with Indigenous knowledge holders to tease apart how changing wind, ice dynamics, temperature, and precipitation combine to affect trail access and safety, documenting stories of hardship, loss, but also resilience. It was rewarding work that had local impact, yet over time I found I was preaching to the converted: my journal articles were cited mostly by social scientists, decision makers were receptive to the work but requested data on regional scale trends, and the media when interested wanted numbers, asking: how much has access changed by?

Demands for such ‘numerification’ is an unfortunate and unescapable fact of life, but it also got me thinking: would it be possible to connect Indigenous knowledge and science in a way that could provide a quantitative basis for examining changing trail access? This was back in 2011, and I spent the next 5 years letting the idea develop until finally a combination of funding, community interest, and collaborations with the right people spurred me to see if it would be possible to bring together different ways of knowing in this way. Turning the usual research process on its head, we developed a participatory modelling process starting with the knowledge of community members themselves not science; an approach we termed ‘ethnoclimatology’ and present in our recent paper in Nature Climate Change (Ford et al. 2019). Working with 8 remote communities spread out over an area larger than India, this involved conducting interviews, focus groups, and using trails with Inuit themselves to find out if quantitative thresholds could be attributed to specific climatic conditions such as wind speed and ice thickness that determine safe access. It was more complex than we thought as the nature of thresholds differed by the type of trail user (e.g. experienced vs. inexperienced) and it’s often the combination of conditions that are important, but we managed to create models that we (and the communities) were broadly happy with.

We then compared sea ice and weather conditions recorded by instrumental datasets to examine on a daily basis how often access thresholds were exceeded over a 30-year period. Our results showed that the effects from climate change were modest compared with the role of skill and risk-tolerance of travellers. The results were surprising given the transformational climate change being experienced in the Arctic, which has warmed by >2C over the last 30 years. They were less surprising to Inuit though, who have long noted that the effects of climate change can not be understood in isolation from the skill levels of trail users, and underpins the need for efforts to transmit land skills to younger generations. The models also highlight how impacts are unevenly spread across the year, with declines in access to sea ice being offset by improved access to water trails along with fewer windy days.

In the next phase of research, we intend to use climate model data to project how trail access may change in the future, and develop more specific trail models for individual communities. We also intend to examine how the ethnoclimatology approach has application in other regions globally. Herein, climate change research remains dominated by top-down modelling approaches which start with the models and then focus on impacts on human systems. Such work uses generalized meteorological variables rather than the specific, self-identified conditions that matter to people, and projections are rarely stratified to account for how socio-cultural or livelihood factors will determine the impacts of climate change. We think an ethnoclimatology approach can do better than this and provide more targeted and usable insights. If we’re right, it will require a whole new way of doing climate change research, one that turns science on its head and puts Indigenous knowledge first. 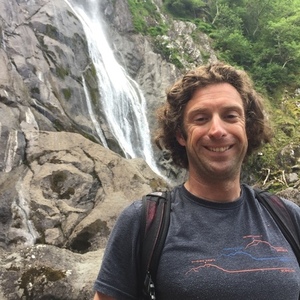 Anna Petherick
How we learn to value the road not taken: Deliberation and Memory shape the valuation of unchosen options
Contributor Nature Comms
Behind the Paper