Can political polarization within teams affect the quality of the work that is produced collaboratively?
Eamon Duede
PhD Candidate, University of Chicago
Follow
Like Liked by Mary Elizabeth Sutherland and 1 other
0

This article explores the effect of ideological polarization on team performance. By analysing millions of edits to Wikipedia, the authors reveal that politically diverse editor teams produce higher-quality articles than homogeneous or moderate teams, and they identify the mechanisms responsible for…

When you turn to Wikipedia for information about, say, hydrogen, you are presented with a pristine article, the contents of which span this singular element’s physical properties, its history, its uses and applications -you can even learn about the various ways that hydrogen is made. Having a look around the article, if you scroll to the bottom, you’ll see a list of references that were selected for inclusion in the body of the article as evidential support for things you can learn here. In the case of hydrogen, these are mostly scientific references, drawn from the same academic journals that scientists turn to when doing research. And, if you keep scrolling, going all the way to the bottom, you’ll see a timestamp that indicates when this article about hydrogen was last edited by someone. While admiring the relative recency of this little inscription (considering how unadventurous hydrogen is), you might be reminded that this article was actually made by people. The article, like all articles on Wikipedia, is still being made in an ongoing, collaborative machination by a crowd of people--chemists, graduate students, science enthusiasts, wide-ranging Wikipedia contributors--with something to say about hydrogen.

The article on hydrogen is special among the nearly 6 million articles on the English language Wikipedia. It is special because it is of exceptionally high quality and, as such is rare. The vast majority of articles are not nearly as “mature” as the article on hydrogen. We know this because (nearly) every article on Wikipedia gets a quality score. Those scores range from ‘Featured Article’ (think, “Hydrogen”) to ‘Stub’ (think, “A Bird in Flight”, which is a sad little page). In the middle, there are, for instance, articles on climate change and greenhouse gases, each of which are very important, both of which have quality scores of “B”. That’s not bad, but not as good as hydrogen. The Wikipedia article about “Afternoon Tea” (a thing my group does everyday) gets a “C”. Every article on Wikipedia gets made by a community or team of editors with an interest in the topic of that article, and every article gets a grade. So, we also know that some teams of editors are better at this than others.

In late 2016, Misha Teplitskiy and I had just submitted a paper (Teplitskiy, Lu, and Duede 2017) that looked at the way in which scientific content from scholarly texts works its way into the information that’s available to the public through Wikipedia articles like the one on hydrogen. At the same time, I was working with members of the Wikimedia community to establish a new initiative called WikiCite which seeks to capture and catalogue open citations and bibliographic data that are present across Wikimedia platforms with an aim to establish a public and freely available knowledge base. We wanted to know what we know on Wikipedia, and how we know it.

Meanwhile, James Evans and Feng “Bill” Shi were finalizing a paper in Nature Human Behavior (Shi et al. 2017) that looked at the way in which the political alignments of individuals can influence the consumption of ideas. Specifically, they were trying to understand how political polarization is related to the consumption of science, as well as other cultural products like literature. What they found was striking. Individuals’  political ideologies can predict many of the choices they make with respect to what books they buy and read. What is of peculiar interest is that these ideas are, themselves, not politicized, at least not in obvious ways -like hydrogen.

We were seeing that the consumption of ideas seemed deeply related io political alignment, and because our group (Knowledge Lab) is concerned with understanding the social dynamics involved in production of ideas, we began wondering whether and to what extent the political alignment of individuals contributes to a group’s ability to produce knowledge. A Wikipedia article is full of smuggled content and worked into a narrative by a diverse team of editors. Because those articles constitute knowledge, we were curious to know whether political polarization within those teams had an effect on the quality of that production. So, we decided to braid both strands of research together and look at the way in which individual political alignments and the polarization of the teams they form affect the quality of the work that is produced collaboratively on Wikipedia.

To answer this question, we turned not to the article itself, but the immense history of articles on Wikipedia. Every edit to every article, no matter how insignificant, is documented and saved in Wikipedia’s astonishingly massive archives. And every edit to every article, no matter how insignificant, is evaluated for its relevance or validity by the vast community of editors, both robotic and human. Remarkable teamwork has gone into producing the encyclopedia. Some people edit randomly, simply cleaning typos, adding citations, or contributing graffiti and vandalism (I’ve experimented with this, and it gets painted over very quickly, no matter where you put it). Yet, many people are genuinely purposeful in their work, and contribute specifically to topics on which they have both interest and knowledge. They tend and grow a handful of articles or a few broad topics like gardeners. We walked through the histories of these gardens, looking back at who made contributions here and there, how much they contributed, and where. We thought that editors who make frequent contributions to pages associated with American liberalism would hold left leaning opinions, and for conservatism opinions on the right. This was a controversial hypothesis, and many in the Wikipedia community felt that perhaps the opposite would be true, with liberals correcting conservative pages and conservatives kindly returning the favor -like weeding or applying pesticide. But a survey we conducted of active Wikipedia editors found that building a function over the relative number of bits they contributed to liberal versus conservative pages predicted more than a third of the probability that they identified as such and voted accordingly.

Following this validation, we assigned a political alignment score to hundreds of thousands of editors by looking at where they make contributions, and then examined the polarization within teams of editors that produced hundreds of thousands of Wikipedia articles in the broad topic areas of politics, social issues, and science. We found that when most members of a team have the same political alignment, whether conservative, liberal, or “independent”, the quality of the Wikipedia pages they produce is not as strong as those of teams with polarized compositions of editors (Shi et al. 2019).

The United States Senate is increasingly polarized, but largely balanced in its polarization. If the Senate was trying to write a Wikipedia article, would they produce a high quality article? If they are doing so on Wikipedia, following norms of civility and balance inscribed within Wikipedia’s policies and guidelines, committed to the production of knowledge rather than self-promotion, then the answer is probably “yes”. That is a surprising finding. We think that the reason for this is that the policies of Wikipedia work to suppress the kind of rhetoric and sophistry common in everyday discourse, not to mention toxic language and name calling. Wikipedia’s policies are intolerant of discussion that could distort balanced consideration of the edit and topic under consideration, and, given that these policies shut down discourse that could bias proposed edits, teams with polarized viewpoints have to spend significantly more time discussing and debating the content that is up for consideration for inclusion in an article. These diverse viewpoints seem to bring out points and arguments between team members that sharpen and refine the quality of the content they can collectively agree to. With assumptions and norms of respect and civility, political polarization can be powerful and generative.

Teplitskiy, M., G. Lu, and E. Duede. 2017. “Amplifying the Impact of Open Access: Wikipedia and the Diffusion of Science.” Journal of the Association for Information Science and Technology. https://onlinelibrary.wiley.com/doi/abs/10.1002/asi.23687. 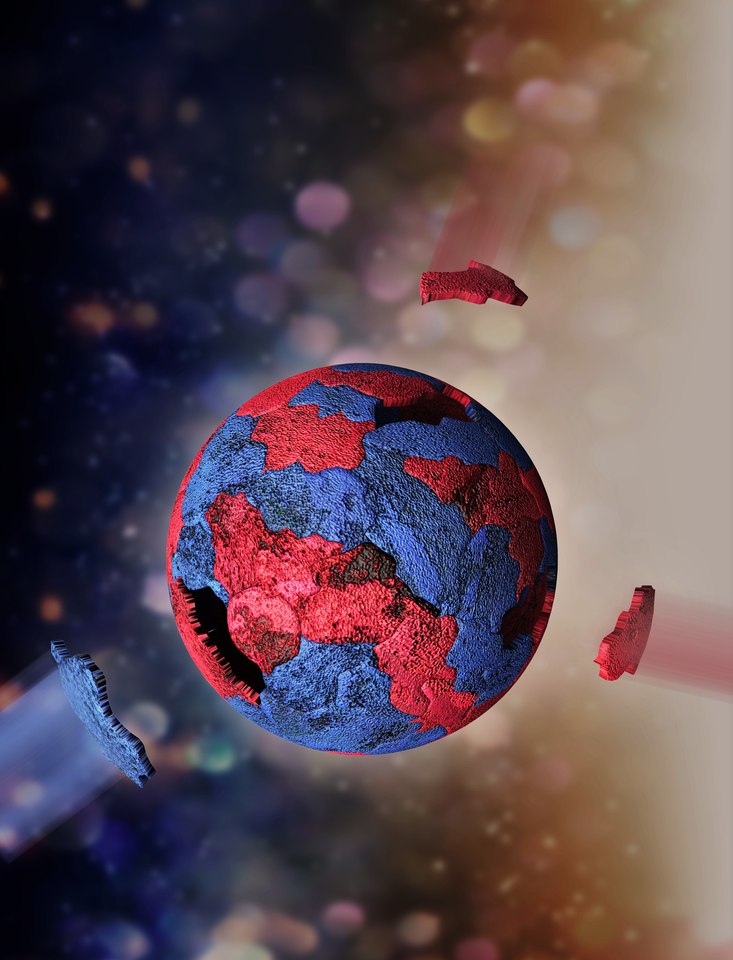 Can political polarization within teams affect the quality of the work that is produced collaboratively?