NHB Editor Marike reflects on changes in the debate around diversity in science at recent conferences.
Marike Schiffer
Chief Editor, Communications Psychology
Follow
Like Liked by Ben Johnson and 2 others
0

On International Women's day on March 8th last week, I found my social media feed flooded with posts celebrating the achievements of women in science and elsewhere. At the same time I learned that my new home, Berlin, has made International Women's day a public holiday. And on equal pay day (in Germany that's March 19th, apparently Germans count backwards from the end of the year), women only paid 79% of the usual fare for public transport, adjusting for the average wage difference in the country.

To me, these offline events signify a development I welcome - equality, at least gender equality, is no longer a topic confined to discussions between people who care, but solidly, visibly in the public sphere. You cannot miss the fact that it's a public holiday, definitely not if you try to enter a closed shop in Germany.

This extension from conversation to action is something which I have also seen happening increasingly at the conferences I attend, some of which I've been going to for 10 years. The debate around equality, diversity, and inclusion is gaining momentum. Its coverage in journals, and the exchange on social media, has been and continues to be of tremendous value. So is the tireless work by activists and advocacy groups. But I fear, if it were limited to that, too many people would be able to ignore it.

So I am pleased to see this happening, going from recognizing the issues, to determining actionable points, unignorable once they are implemented. This means to question -- and change -- how conferences are run, how editors pick reviewers and contributors, how selection committees evaluate candidates, how students and scientists are supported (financially or otherwise) throughout their studies and career. In short, revising how we make choices that affect the progression of others and changing it for the better.

At my last conference, the CoSyNe meeting, I attended a diversity session that focused specifically on coming up with actionable points that will be implemented in next year's CoSyNe. What I particularly liked was that, while the debate around gender balance at the meeting had been on everyone's mind, there was an explicit focus on addressing a wider range of diversity issues, including ethnicity, economic background, and gender identity. To paraphrase the words of one moderator, think of anything that may make a person feel as if they didn't belong, and work on the concrete steps we need to take to tackle exclusion. 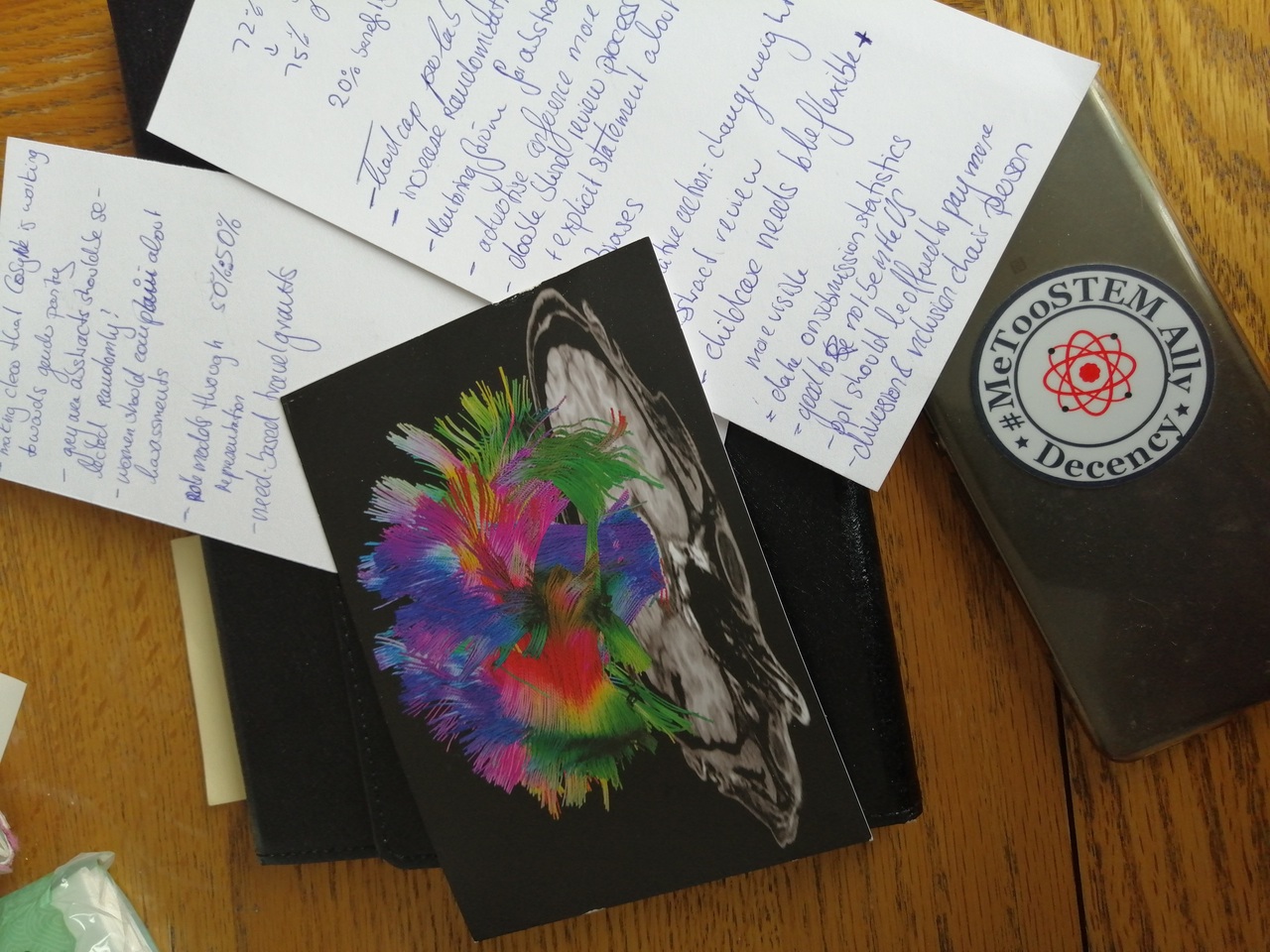 NHB Editor Marike reflects on changes in the debate around diversity in science at recent conferences.