You know that you are old when the basic structural relations of your research focus change relative to those that prevailed when you entered the field. Such changes are relatively unimportant if you are ready to retire.
Robert Kaufmann
Professor, Boston University
Follow
Like Liked by Robert Kaufmann

Tight oil and gas extraction is costly and low prices lead to reduction in investments and eventually production. Here, studying the effects of price volatility on active rigs, researchers find the break-even price and show that firms use future and not spot prices to plan exploration and developmen…

But I am not that old, so I knew it was time to understand the rapidly increasing rates of crude oil production from tight formations, i.e. fracking.

In the 1980s, when I started to study the world oil market, alternative sources of crude oil were like the coming of the Messiah, widely anticipated but always sometime in the future. Despite talk of higher oil prices triggering the economic feasibility of of shale oil, tar sands, or synfuels, their production remained small and unimportant.  As such, these potential backstop technologies did not change the basic market relations among OPEC and non-OPEC nations.

But the structural relations between OPEC and non-OPEC nations (read US) now are changing due to the increased production of crude oil from tight formations, which rises from about 1.5 million barrels per day (mbd) in 2007 to nearly 8.4 mbd in March 2019. Because of this increase, the US is the world’s largest producer of crude oil (slightly more than Russia and Saudi Arabia) and there is talk that the US has taken back control over the marginal supply of oil from OPEC. If correct, control over marginal supply would enable the US to influence price.

To assess these potential shifts, we need to understand the economics of the producing crude oil from tight formations. Can OPEC ‘flood the market’ to drive tight oil production from the market?  To evaluate this notion, we need to understand the break-even price (BEP) for producing crude oil.  Efforts to squeeze tight oil from the market, such as the 2014 price collapse, can succeed only if prices drop below the BEP for extended periods.

Alternatively, it may be possible for OPEC to drive tight oil production from the market by increasing price volatility. Volatility can have a large effect on production because production from a well drilled into tight formations declines very rapidly. As such, short run price volatility greatly influences the profitability of a well, especially if prices (and volatility) are centered around the break-even price.

To understand how production from tight oil formations can change the structure of the world oil market, we identify the price (spot or futures) used to plan rig activity in tight formations, the break-even price for deploying these rigs, and any possible feedback from rig activity to price by estimating econometric models from observations. These observations allow us to assess how firms behave beyond the sterile predictions made by theoretical models.

Results indicate that firms use the price of oil on the futures markets to plan rig activity. These prices are less volatile than spot prices, and so exploration and development does not increase or decrease with every rapid change on the spot market.  Nonetheless, drilling activity is sensitive to volatility when prices are near the break-even price, which is different from previous measures which evaluate price volatility per se. The break-even price for renting a rig is about $50 in current dollars. As such, current prices can support healthy levels of activity in tight oil formations. Finally, the amount of oil produced daily by a rig drilling into tight formations has increased over the last decade due to longer horizontals, which increases exposure to the pay zone.  The ability to pump more oil per rig has a negative feedback effect on prices, such that US production of crude oil from tight formations may put an upper limit on the price of crude oil.

Together, these results will allow me to postpone retirement for a few more years by opening new areas of research. Over the coming years, I will combine the model for active rigs described here with on-going efforts to develop spatially explicit models for well completions that account for the underlying geology and access to transportation networks.  When complete, I hope to estimate recoverable supplies of tight oil and forecast annual rates of production.  This would allow me to understand how the ‘Tight Oil Revolution’ will change the structural relation between OPEC and non-OPEC nations in the world oil market. 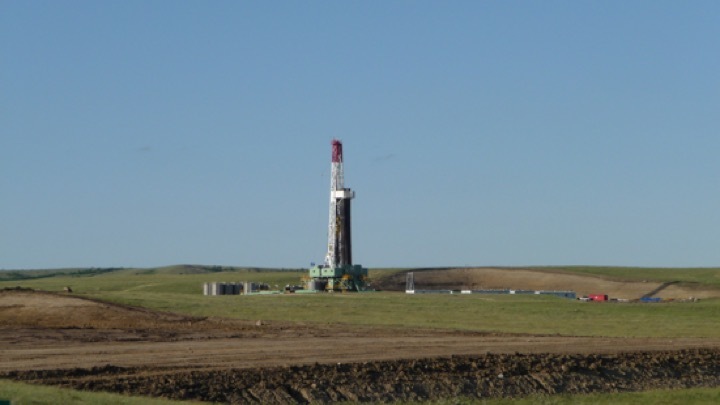 You know that you are old when the basic structural relations of your research focus change relative to those that prevailed when you entered the field. Such changes are relatively unimportant if you are ready to retire.