The writers of the story of our future search for greater verisimilitude
Fouad Khan
Associate Editor, Nature Energy
Follow
Like Liked by Jenn Richler and 1 other

By Tuesday evening you could feel the arrival of the storm. The sky turning grey, a wet anticipation in the wind, clouds letting only the most reflected of sun rays peek through. It was the second day of Scenarios Forum 2019 on the sprawling University of Denver campus and news of an oncoming bomb cyclone had rendered plans for day 3 uncertain. Different scenarios were being run.

By day two though the conference had already proven extremely fruitful in terms of laying out multiple paths for the scenario community to traverse in the years to come. In many ways the gathering had become an exercise in stocktaking and self-reflection. In other ways it was just the next getting together of a small, closely-knit community, presenting ongoing developments to likeminded but constructively critical colleagues. The talks were engaging and lively and there wasn’t a single parallel session to be found that didn’t evolve into an insatiable roundtable discussion. No death-by-PowerPoint here.

There were sessions on integrating the Shared Socioeconomic Pathways scenario framework with the Sustainable Development Goals framework, sessions on demographics and various energy technologies and sessions on tracking progress of the role of scenarios in policy making. Different Intergovernmental Panel on Climate Change (IPCC) working group members met on the sidelines and the cross-fertilization of ideas was clear to see. To me the most interesting sessions were the ones that discussed future directions that scenarios research can take.

The session on governance ignited the familiar debate about the need to consider governance as a variable in developing scenarios and the difficulty of meaningfully measuring something as complex as governance. Jonathan Moyer presented a framework to work towards measuring governance and incorporated it in the Shared Socioeconomic Pathways (SSP) framework. Marina Andrijevic also talked about how SSPs can incorporate governance indicators. Through the discussion it became clear that much work needs to be done to arrive at indicators of governance and extreme failures of it (conflict) before SSP framework could incorporate them with logical consistency. This work though is certainly important as governance shapes the world we will live in perhaps more importantly than any other social force or system.

Perhaps the most introspective session of the conference was the one focused on assessments such as the IPCC. It was also one of the most interesting for me as an editor because a lot of the questions asked were questions I ponder daily when deciding upon the degree of scientific advance being offered by any given scenarios paper. Gillian Foster described the philosophical concept of ‘concrete utopianism’ which involves filling in the details in visions of a pleasant future to make it more plausible and Elmar Kriegler felt that that was one of the roles the Integrated Assessment Models (IAMs) fulfilled. Gillian raised questions about whether the scenarios were ready to deal with the lake full of black swans that is our complex socio-economic-environmental system. Sean Low explored the sociology of “feasibility” and what different research domains consider feasible with a case study on carbon capture. Elmar Kriegler raised questions about whether this was even the right question to ask, and whether in the context of scenarios, the appropriate thing to check for a technology is “desirability” and not feasibility. Are we really capable even of predicting what would be feasible in the future and do we have a track record of doing that successfully in the past? Sibel Eker similarly studied what “validation” means in the context of scenarios and found a focus on different concepts in different fields from hydrology to IAMs. Vanessa Schweizer described work that used Natural Language Processing algorithms to try to identify SSP papers from the ICONICS database of SSP papers. This, to me almost seemed like an infringement on the editor’s role but I was much relieved to find out that the machines don’t quite have the accuracy yet to get the job done. Such technology would of course be important in the future for assessments like the IPCC as the body of literature balloons in size and more and evidence needs to be parsed. Here’s hoping the machines aren’t coming for my job yet.

Scenario literature in the meanwhile of course needs to continue to engage with such meta-analysis of how it characterizes validity and feasibility and what role it plays in the greater ecosystem of human knowledge.

Another interesting session was the one focused on expanding and deepening the characterization of sociotechnical variables in IAMs. Simona Pedde explored how scenarios can and should be used to explore the extent and potential for behavioral and societal change. James Glynn discussed an example from Ireland and Aleh Cherp’s panel statement looked at energy transition from the example of nuclear and the perspective of critical take-off penetration. It emerged that sociotechnical variables continue to be critical towards further refinement of scenario models.

Perhaps the most intriguing session was the one on extremes. It followed an excellent talk by Sonia Seneviratne about the need to incorporate the impact of extreme events in scenarios work. While climate change is often talked about in terms of average temperature changes of 1.5  or 2 degrees centigrade in literature, on-ground these global averages translate into freak temperature events, sometimes more than 6 degrees away from the historical mean or anomalously strong storms, droughts and other extreme weather events. Most of our socio-technological systems are not designed to cope with these extremes so the extremes themselves have the capacity to trigger cascading system failures significantly altering the future. Giovanni Melina and Lint Barrage showed examples of ways to incorporate extremes in economic models. Jana Sillman showed how attribution of local weather events to climate models can be used to inform local weather advisories and risk. Keywan Riahi described how the existing models especially local or regional models took into account the effect of extremes. Two things became apparent, a) climate models will continue to be some ways away from predicting local weather extremes and b) the impact of these extremes can be much more significant than averages on the scenarios. It might be that since the specific weather extremes cannot be predicted the scenario scientists had nothing but the averages from climate models to work with in developing their own vision of the futures. However it is clear that this is a limitation of the work that should no longer be tolerated as a feature. While it continues to be difficult to incorporate the impact of extremes in models, the session seemed to conclude that ways should be found to acknowledge their significance, qualitatively if not quantitatively in a more explicit way.

As the bomb cyclone hit the city on the last day of the conference, shutting down the university (but not the conference activities) and all the airlines’ and men’s best laid scenarios went awry, the need to make the concrete utopianism of scenario literature even more concrete appeared that much more pronounced. The scenarios forum put on show a community cognizant of the directions in which it needs to expand and open towards incorporating knowledge from many outside disciplines. No little storm can change that.

(Poster image: a horse cart at the historic Buckhorn Exchange in Denver - which current modes of transport will be museum exhibits in the future?)

Fouad Khan
Associate Editor, Nature Energy
Follow
Fouad joined Nature Energy in September 2017. Prior to joining Nature Research, Fouad worked on energy, infrastructure and urban development projects for such institutions as the World Bank, UNOPS and WWF. He has a Bachelor in Civil Engineering, MS in Environmental Engineering and a PhD in Environmental Science and Policy. His PhD work focused on the relationship between urban form and energy consumption efficiency in cities. He did post-doctoral work at Aarhus University in Denmark working with WWF Luc Hoffmann Institute and One Planet City Challenge program investigating optimum pathways for energy transitions in different types of cities. Fouad has been a UN Future Earth Fellow (2014) and a Fulbright scholarship recipient (2005-2007). He is based in the New York office.

The space between emails 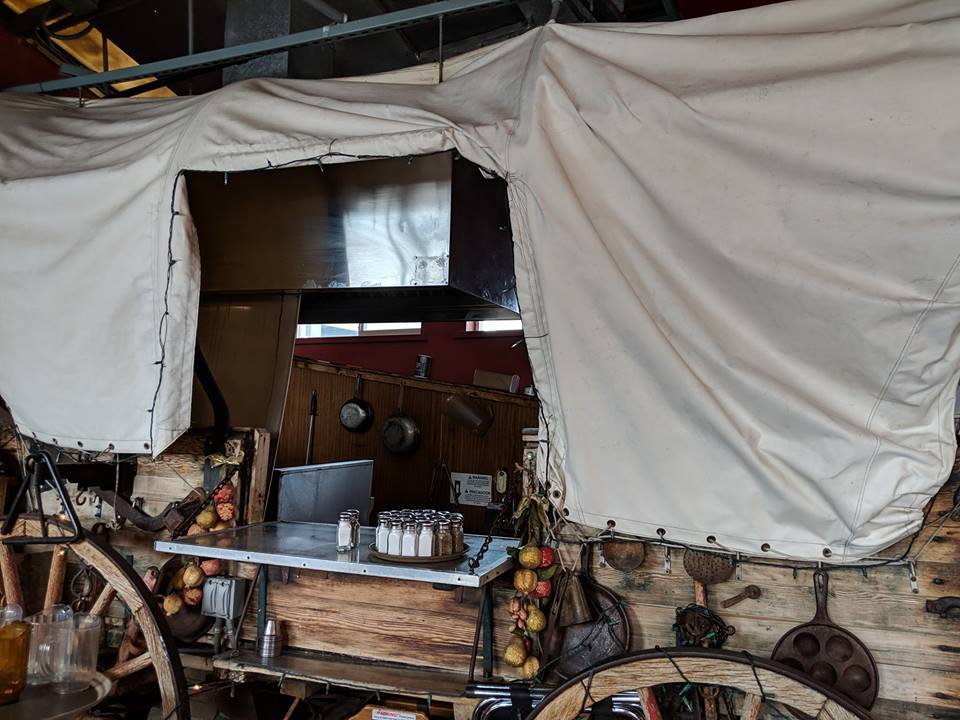