What would happen if climate policy interventions achieved gender balance? This is a difficult question to answer by relying on existing observational data alone, partly because longitudinal data tracking such efforts are rare, and partly because there aren’t many climate policy interventions that have mandated full representation by women in decision making. To address this question our team instead implemented a lab-in-the-field experiment designed to find out how local resource users would respond to progressive gender quotas in a simulated climate-policy intervention.

Politicians and policy makers around the world implement gender quotas to address gender inequality in a variety of decision-making bodies. They often do so to comply with democratic principles of equal representation—men and women have equal rights to participate in governance processes. The problem is that most gender quotas fall short of actual gender parity and often settle for having about 30 percent female representation.

The widespread practice of setting gender quotas at 30 percent is problematic not just for normative reasons – after all, more than half of the world’s population is female – but new evidence suggests that there are also instrumental reasons for introducing quotas that require at least 50 percent women in decision-making bodies. In a paper published this week in Nature Climate Change, we show that a progressive gender quota made a popular policy intervention (a conditional conservation incentive) more effective and caused more equal sharing of intervention benefits (Cook et al., 2019).

In the paper, we analyzed the results of a randomized ‘lab’-in-the-field experiment in which 440 forest users from Indonesia, Peru and Tanzania made decisions about extraction and conservation in a forest common. The study design randomly assigned a gender quota to half of the participating groups, requiring that at least 50 percent of group members were women. Groups with the gender quota (1) conserved more trees as a response to a conditional conservation incentive and (2) shared the incentive payment more equally. Our causal mediation analysis suggested that this effect was due to the overall gender composition of the group, not the presence of female leaders.

These findings suggest that policy responses to climate change that ignore gender disparities in policy decision making and implementation may be missing an opportunity to improve the performance of these policies. At the same time, one should keep in mind that progressive gender quotas may not always be enough to alter the dynamics of male-dominated decision-making fora. It is essential that we learn how to achieve meaningful and effective inclusion of women in climate policy interventions. 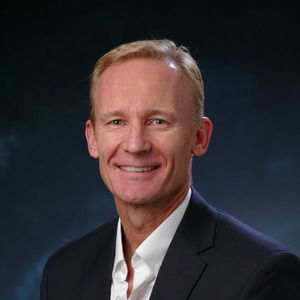