Menu
A community from Nature Research
Contributor
News and Opinion

Diversity and Inclusion: How Both Changed My Life

I was 18 when I went away for university. I felt pride in being one of the first in my family to attend a four-year university; we are a first-generation Mexican family in the United States. One day during the first term of my first year, I was in a professor’s office and I came out to my professor as a native Spanish speaker. I did not expect that the conversation would end the way it did, but the professor asked me to drop out of his class. His logic was that I would struggle with the class and eventually fail; he escalated the matter with the dean who supported his recommendation. Both the professor and the dean never said the obvious (that I was asked to drop out because of my Mexican background), but they coated the situation as a function of English being my second language.

Somehow my status was perceived as a disadvantage, despite there being many international students on the course. I did not think at the time that I was being discriminated against, but I was confused, asking “how did my coming out as a minority student escalate to this situation?” That is a question that lingered in my mind for years. Everyone found the course difficult, but the professor encouraged me specifically to drop out of his class on the basis of my ethnicity/race, … and eventually I did.

For many individuals, “coming out” as an ethnic, sexual, gender, religious, or any social group that is underrepresented in the academy, or the teaching and research communities within the university context, can leave them vulnerable to discrimination and other forms of unfair treatment. In this day and age, it is rare that peers, professors, and other personnel in the university would overtly exclude or discriminate against individuals on the basis of their race or sexual orientation, at least in the United States. Subtle forms of discrimination, sometimes known as microaggressions, even those that are unintentionally harmful, have become more common than overt forms. Although my professor possibly had positive intentions with his suggestion to drop out, there was also the possibility that I was perceived as incompetent for being a native Spanish speaker.

For this reason, I started to avoid disclosing many of my identities, including my Latino and gay identities to avoid the role of unintentional biases in professional settings. I came to believe that the more closeted I was about my private life, the better off I would be. Instead, I became profoundly alone during the first two years of my undergraduate career, and disconnected from other academics. Studies from my own department, from faculty members Drs. Derald Wing Sue, Kevin Nadal, Virginia Huynh, and my advisor showed that microaggressions are associated with physical and psychological stress. Ironically, I endured the consequences that these studies indicated.

It was not until I knew Latino or African American faculty members, who made me feel included in the academy, that I decided to pursue an academic career to ultimately become a professor. Coming from a first-generation Latino community, I knew little about what a PhD was, or what the academy meant. Additionally, school for me was not a safe space because of my experience of homophobic bullying, so my gay identity also felt conflicted with the academy.

It was not until I met my undergraduate mentors, Drs. Desdamona Rios and Nadia Celis, two female Latina faculty members, that I was introduced to interdisciplinary research in Latin American studies, sexuality studies, and psychology. Similarly, Drs. Stephen Quintana and Bethany Brent fostered my curiosity and, although I struggled, challenged me to improve my writing, critical thinking, and presentation skills. Eventually, my mentors encouraged me to pursue a PhD. Similarly, my doctoral mentors, Drs. Diane Hughes and Brendesha Tynes, both African American female faculty members, were aware of my background, but instead of excluding me spent time inside and outside of their offices to shape the scholar I am today.

It is important to highlight that I felt included only in part because I shared ethnic minority status with my mentors. Equally important was that my mentors consistently made efforts that helped me feel included in a space that otherwise felt like it excluded me.

There was a transformative difference between the professor during my first year of college, who asked me to drop out of a class as soon as my Mexican identity was uncovered, and my doctoral advisors who accepted my identity and mentored me throughout my career. Once, Desi and I sat for hours together reading and coding qualitative interviews. Similarly, one summer during my undergraduate career, Bethany and Stephen spent an entire eight weeks with me and other minority undergraduate research assistants to help prepare us for a research conference symposium. Nadia spent an entire academic year with me and another honors student to give us revisions on our undergraduate honors theses. Brendesha hosted a two-week intensive writing camp during which she provided intense feedback on a manuscript that we wrote together; and she continues to meet with me during her free time to give me career advice. And, I will never forget the six years and counting that Diane has spent mentoring me.

Inclusion is actively allowing others to feel accepted, and I’m thankful to everyone who helped me feel accepted. 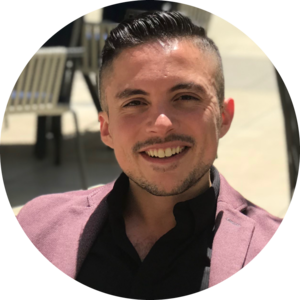 I am currently a Research Associate at the Learning Research and Development Center (LRDC) at the University of Pittsburgh. I recently completed my Ph.D. in Developmental Psychology at New York University. My dissertation, “Understanding the Nature of the Antecedents and Consequences of Multiple Sources of Ethnic-racial Discrimination from Early Adolescence to Young Adulthood” examines the differential precedents and consequences of individuals’ perceived ethnic-racial discrimination from peers versus non-peers, including adults inside and outside of school. My second line of research focuses on the effects of police contact among urban ethnic-racial minority youth.

Ben Johnson
over 2 years ago

Thanks so much for sharing your story with the community and for highlighting some of the recent research in microaggressions, it was very thought-provoking and informative.