I moved from the United States to Turku, Finland in March of 2017 after accepting a post-doctoral research position with the Human Life History Group. The goal of the project was to use a newly digitized database of Finnish evacuees during World War 2 to gain insight into the current refugee crisis in Europe. The assumption was that major migrations had occurred before and that these experiences offered an opportunity to learn from the past. Although it took some time to become familiar with the database and to extract the information we needed, by the summer of 2016, we had worked out the basic details of what we planned to explore and some of the questions we hoped to examine.

We had a newly digitized database of an entire population of evacuees from Karelia, a region ceded by Finland to the Soviet Union during World War II, who had the unfortunate fate of having to evacuate from their homes twice in the space of a few years. These evacuees fled to western Finland at the beginning of the war, but then many of them returned to their homes when the territory was recaptured, only to have to evacuate once again at the end of the war. Although it took some time to recognize, the crucial insight was that this exceptional historical event provided a natural experiment. It allowed us to analyse the likelihood of people from various social classes returning to their natal communities when offered the opportunity. It would be like refugees from Syria suddenly being offered the opportunity to return home a year after they had left. The more notable fact, however, was that the evacuees who had returned home were soon forced out again, often returning to the same places that they had chosen to leave. This extraordinary series of events placed immigrants who had chosen to leave together with those who had chosen to remain living as a minority group in a host community. These data, combined with information on who they married, their social class and the number of children they had permitted us to analyze how assimilation with a host population affects the life histories and economic opportunities of the evacuees.

Our basic finding was that that migrant integration into a host community involves a trade-off between gaining increased social status and having fewer children. Evacuees who returned to their homes after the initial evacuation had more children after the war than those evacuees who remained in western Finland for the entire war. It seemed to us that stronger bonds to their birth community and the social and familial ties that come with it had a positive effect on fertility. Furthermore, after their second evacuation these same evacuees were less likely to integrate and intermarry with people in western Finland, which resulted in lost opportunities to increase their social status. On the other hand, the evacuees who had stayed in western Finland for the entire war ended up having fewer children, but they intermarried with the host population in western Finland at a higher rate and were more likely to marry someone from a higher social class.
Like many refugees all over the world today, the evacuees in our study faced choices between maintaining strong social bonds with their fellow migrants and forming bridging relationships with people from the host society. Our research shows that the choices they made had real effects on their future fertility and socioeconomic status. In talks on this research I often frame this in terms of bonding social capital — the trust, relationships, ties and networks amongst people who share a culture and similar background — and bridging social capital— the connections between groups that transcend these differences. Bridging connections are good for helping you to get a job and make social connections, but bonding networks are better when your child gets sick and you need sustained help.
Together, these results have important implications for understanding the migrant experience today and can be useful for policy makers desiring to promote social cohesion. More broadly, however, they can be viewed from a cultural and evolutionary perspective that considers the importance of balancing the human predisposition for tribalism and our need to have distinctive group level identities with the need for social cohesion. Although our evolved parochialist tendencies have both costs and benefits, the costs are likely to increase in an increasingly global and cosmopolitan world.
Overall, the results of our analysis point to the importance of finding an effective compromise between the social and fitness benefits generated by maintaining bonding social networks and the economic benefits of successful integration. I personally believe that the right balance should seek to take advantage of human evolved psychology by encouraging social bonds within small overlapping communities while curbing the conditions under which the dark side of parochialism are likely to emerge and preventing society at large from deteriorating into warring factions grounded in identity. 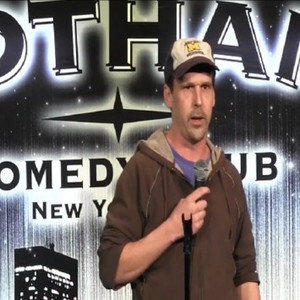 Thanks Robert for sharing your article about War, Immigration and Integration. It is a very interesting and pertinent research. I did read it comparing and resembling with my current experience as a Venezuelan migrant facing this Silent Tropical Holocaust. We all do hear just strategic and political news saying that more than two million Venezuelans have fled the nation’s economic collapse over the past two years. However, I do think that this migration data is not confident at all. I could say that we are talking here only about the number of migrants who has crossed the border with a Venezuelan passport. But I would like to point out about the great number of migrants who has not any international identification card or passport and are crossing anyway and starting their journey from the border on foot. Who is counting them? and who are supporting them? Sadly, for these massive and vulnerable people there is not much aid or advice, then as any surviving specimen the only key support for them become their own help. Regarding it, I would like to share with you and this network my recent article. I have published it at the Linkedin network There you will find the original version in Spanish. I am sharing too an English version, which is just a draft and still needs a revision. Any checking and suggestion it is very welcome. Thanks. Hug…..o & Farm….ily.