Menu
A community from Nature Research
Contributor Nature
Behind the Paper

The Formation of Our Small Team

Spring is ideal for relaxation in Santa Fe, New Mexico. But in 2015, uncertainty in my academic life distracted me from enjoying the landscape. Visiting my friend Pan Zhang, a post-doc researcher at Santa Fe Institute (SFI), I was hoping to find some big ideas worth pursuing and passionate colleagues to pursue them with. One afternoon, James Evans, a sociologist from the University of Chicago, was giving a talk on the collective production of knowledge. I planned to stay for ten minutes. Three hours later, we were in the same room, talking about Immanuel Kant's theory of categories, the Church–Turing thesis, and how natural and artificial languages shape how society thinks and what society knows. The sun went down and I worried that it might be our last conversation. I ventured whether there was an opportunity to work together. James thought for three seconds, and replied: “Do you know of Dashun Wang?” He mentioned that they were applying for a grant and could use a collaborator. Dashun interviewed me online and introduced a research project they were conceiving.

Figure 1. Disruption as idea eclipse in the expanding universe of knowledge. The visibility (popularity) of articles (stars) decays exponentially over time, as the size of knowledge universe increases exponentially. An average observer (or an average future citation, represented by the opened eye) determines the disruption of a focal paper by comparing its visibility against the visibility of its references, rescaled by considering the temporal decay of visibility. See Extended Data Figure 5-6 from our paper.

Disruption: Idea Eclipse in the Expanding Universe of Knowledge

James and Dashun are interested in shooting stars. When we met at Dashun’s hotel room at Phoenix, Arizona to prepare for a satellite session at the Conference on Complex Systems (CCS’15), “Quantifying Science”, James mentioned the idea "small team jump" and Dashun immediately echoed with an example, which was interdisciplinary, innovative research by his colleagues on the controllability of complex networks (Liu et al., 2011). We all agreed that small teams are typically creative and able to follow fast breaks in the space of ideas, especially when their members come from radically different backgrounds. I think that was a definitive moment at which the main idea of our paper was anchored.

The journey accelerated after I moved to Chicago and joined Knowledge Lab as a postdoc. James pointed our attention to a new measure proposed by Funk and Owen-Smith (2016), which operationalized the concept of disruption in Christensen’s influential book The Innovator's Dilemma (Christensen, 1997). As James used the words “eclipse” and “overshadow” a lot in our discussions, these words start to haunt me. At first, they were too soft to hold on to. The eureka moment came in a quiet afternoon, when I was sitting on the shore of Michigan lake, staring at the ripples on lake surface. All of sudden, I realized that the word “eclipse” used by James went beyond metaphor – it literally quantifies how a new idea’s shadow may block pre-existing ideas, as hand drawn in the shown picture (see the figure in the last session).

If we imagine articles as stars shinning in the expanding universe of human knowledge (Larsen and von Ins, 2010), an article disrupts by being more visible than its references to an observer. The fact that the focal paper overshadows the past and redirects all future attention to itself is evidence that the focal paper is perceived and received as a novel contribution by its field. More interestingly, if small teams are more disruptive, as we confirmed very quickly in the early stage of our project, this metaphor of the expanding universe of knowledge immediately predicts that small-team stars (articles) must targeted older and less visible stars (references), a pattern we had never seen discussed before. Over the ensuing months, we observed this pattern universally across three datasets from very different domains: research articles, patents, software. Despite my best efforts, I could not break the finding.

Figure 2. Two of the many versions we were experimenting to visualize citation networks besides Extended Data Figure 1 in our paper. The left one shows three trees that are developing, balanced, and disrupting.The right one was produced in collaboration with data artist Eleanor Lutz.

As we summarize in our paper, the main driver of difference in disruption between large and small teams appears to be how each treat the history of their field. Small teams search deeply into the past and try to remember forgotten ideas, whereas large teams herd for hot spots and forget less popular ideas. As we shown in the paper, those remembering will be remembered (i.e., citations to small teams last longer, if at all) and those forgetting will be forgotten (citations to large teams occur almost immediately). These propensities are likely associated with different risk preferences—small teams have more to gain and less to lose from taking risks. Large teams may also interfere with individual member insights.

Figure 3.  1789 Emails from me to James and Dashun over four years. The x-axis shows the time stamp when a conversation (email thread) started and the y-axis shows the number of emails within that thread.

Skyping each week, James, Dashun and I would attack each other’s worst ideas and echo our best ones. As we discussed, unpacking findings and responding to reviewers, we built confidence in our original ideas, but pivoted to new insights that went well far beyond this article. As we engaged over the years, it highlighted to me the power of small teams to move quickly and sustain rapid cycles of searching, formalizing, and testing ideas. As we continue to move forward along this journey, I personally feel that innovation is not about scaling up team size, but rather persistence, loneliness, and a sustained but flexible focus that is nimble enough to follow a fast break. 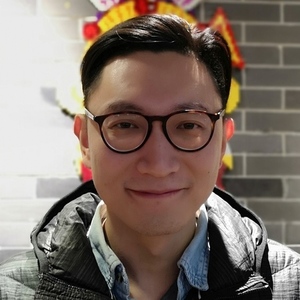