The long-term economic development of societies has led to a sustained increase in human longevity, which characterizes the global demographic revolution of the last decades. In general, wealthier countries can invest more resources in education, social services, research and public health systems, and through these improvements, increase the quality of life of the population.

It would be reasonable to expect that a deceleration in economic growth, such as the one experienced during the 2008 recession, could cause a slowdown in longevity and a temporal increase in mortality. Economic crises cause job displacements and increases in unemployment rates, which worsen the life conditions of the most vulnerable population groups. Some of these negative effects can occur up to some years later, for instance through crises of the national public debt, ultimately forcing governments to apply austerity programs.

Against this paradigm, most of the available literature has shown that human mortality declines at a faster pace during economic slowdowns and recessions, compared with periods of macroeconomic expansion. This counterintuitive result is generally explained by the important role of some mediating factors. For example, outdoor air pollution causes over 4 million premature deaths every year, 400,000 in Europe alone, and a slowdown in industrial activity can reduce the impact of this health burden. Similarly, a decrease in economic activity, employment rates and salaries can reduce the consumption of major health threatening factors such as alcohol and tobacco.

Although the question is still hotly debated, it is generally considered that mortality is procyclical, which means that it decreases more rapidly during recessions and more slowly during economic booms. As a researcher working at the frontier between climate and health sciences, I wanted to describe a new dimension of this scientific question by using climate data and tools. Thus, in a new cross-disciplinary study, I modeled the association between daily temperatures and mortality records for a very large ensemble of 140 European regions to determine at which temperatures, months and seasons we find the most procyclical mortality rates.

The comparison between European societies confirmed that the countries and regions with the largest economic slowdown during the 2008 recession were also those with the fastest decline in mortality trends. However, mortality rates were found to be more procyclical during the cold part of the year, and less procyclical in summer. Given that the causes of death are different in each season (for example, seasonal influenza in winter, air pollution during atmospheric stability), this result suggests for the first time that climate could be one of the (many) mediating factors explaining the relationship between economic growth and the strength of mortality trends. This finding is important because the procyclical nature of mortality might change as a result of the current context of warming temperatures, and the associated adaptive response of societies.

Regardless of these considerations, I must emphasize that recessions are not a desirable way to boost life expectancy. We need instead to ensure that periods of macroeconomic expansion are sustainable from a health perspective, with better air quality, fewer accidents and more healthy lifestyles. 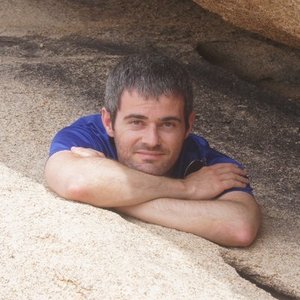