Our study on air pollution and happiness in China
Siqi Zheng
Associate Professor, MIT
Follow
Like Liked by Ben Johnson and 1 other
0

I had lived in Beijing for 20 years before moving to Boston in 2017. When I was in Beijing, especially after 2011, I had to adopt strategies to reduce my exposure to pollution. For example, on good days I can ride my bike to work, but on days with heavy pollution I drive to work instead. My friends and I also bought air purifiers and air masks which helped to reduce our exposure to pollution.

My coauthor Matthew Kahn (University of Southern California and NBER) and I share a philosophy: to understand urbanites’ demand for clean air and blue skies. We have both explored different angles to air pollution and its effect on human behavior. For example, using real estate data to estimate people’s willingness to pay for living in greener cities and neighborhoods.

Research has previously shown that air pollution is damaging to our health, productivity, and learning. Three years ago, Matt and I wanted to explore another angle to our research: understanding how air pollution influences people’s sentiment, which reveals another type of social cost of pollution, the emotional cost.

Jianghao Wang, an expert on big data from the Chinese Academy of Sciences, proposed to use data from social media (Sino Weibo – Chinese Twitter) to measure people’s sentiment. Using social media data meant that our study could utilize a real-time high-resolution measure of people’s sentiment. We collected 210 million Weibo tweets across 9 months in 2014 all over China to understand whether air pollution affects people’s mood.

With this dataset, we brainstormed a plethora of questions: Do high levels of air pollution in China contribute to the urban population’s low reported level of happiness? Do the effects of pollution on sentiment vary on different days (such as weekends, holidays, and very hot days) and across different population groups (males and females)? Does the negative effect of pollution on sentiment differ based on a city’s per-capita income and typical pollution levels?

Applying a machine learning language processing algorithm on the collected tweets, we were able to calculate a median sentiment score for each day by city. This was compared with daily local air quality measures, PM2.5 (particulate matters with diameter less than 2.5 micrometers) concentration, and weather data.

We found a statistically significant negative relationship between PM2.5 concentration and people’s happiness levels. Women and those with higher income seem to be more affected by air pollution, while bad air quality has a larger effect on people’s mood during weekends and holidays. Days where weather is not ideal (cloudy, or very hot or cold) is also a factor in how people's moods are affected by air pollution. Finally, those living in the cleanest or dirtiest cities are most responsive to air pollution possibly because the former group have stronger preference for clean air while the latter group are more aware of severe pollution problem in their cities.

I hope that our results and use of social media data will add to the growing scientific knowledge on the social cost of air pollution by focusing on the cost borne by the “silent majority”. Such costs are difficult to detect because millions of exposed people are neither hospitalized nor surveyed on polluted days. The results will hopefully inform governments when enforcing environmental regulations and policies to provide clean air.

For now, my MIT China Future City Lab (https://cfclab.mit.edu/ ) will continue researching other dimensions of the social cost of air pollution, and investigate how China’s politicians will respond to the increasing public demand for cleaner air. 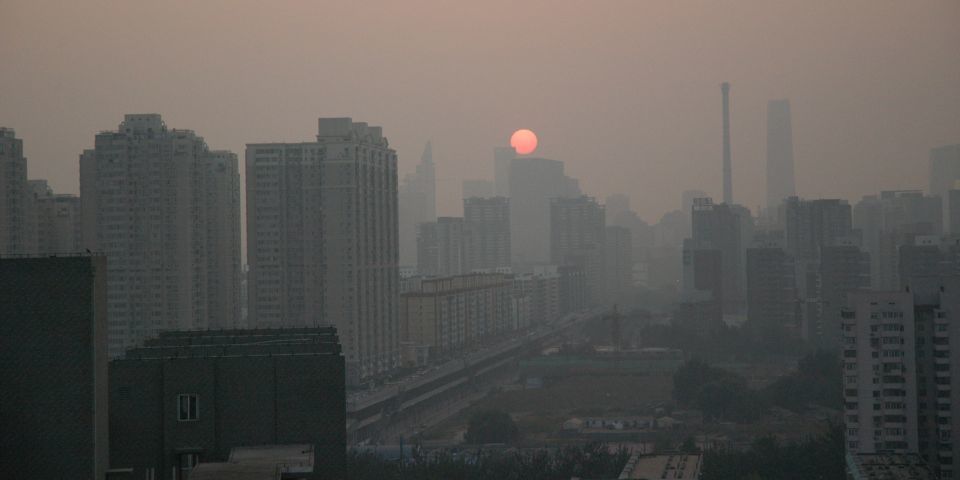 Our study on air pollution and happiness in China