The effect of climate change are becoming increasingly more visible in the world. For example, the 2018 Camp Fire in California was the most destructive fire in the state’s history, destroying more than 19,000 buildings and killing 86 people. Super typhoon Mangkhut wreaked havoc in the Philippines, China, Guam and the Marshall islands. Heavy rainfall lead to flooding and landslides in Japan  -the worst in 36 years- killing over 200 people.

In our research on climate change adaptation, we are interested in understanding what motivates people to undertake behaviours that protect them and close others from these kinds of risks posed by climate-related hazards. For our contribution to the latest IPCC report on 1.5 degrees, we conducted a large-scale literature review on which psychological factors played a role in wide variety of adaptive behaviours, such as preparing for flooding and evacuating from hurricanes. This large database of papers offered the perfect opportunity to take stock of the current state of the psychological literature on adaptation. We felt that it would be particularly interesting to use meta-analytic techniques, as many contradictory patterns of results have been reported in the literature.

While examining the studies we had collected, we found that they were clustered or lumped around specific topics. For example, we found over 60 studies studying the role of risk perception in adaptation, and more than 40 examining experience with climate-related hazards. This was to a detriment of other interesting variables, such as social norms or climate change beliefs, for which we found fewer than 10 papers each. We also found this clustering in other aspects of the studies, such as the nationality of the participants (more than 70% of the studies were conducted in Europe and North America) and the natural hazards that were studied (most studies focused on flooding and hurricanes).

At first, we felt that this clustering put a damper on the conclusions we could draw from our literature review. For example, we were not able to conduct more advanced meta-regression analyses which were suggested by the reviewers. It was impossible to reliably compare different subgroups of studies on aspects such as the type of hazards studied, the country in which the study was conducted, or the different types of adaptive behaviours that were examined, simply because most studies would fall within the same group. Even though we had collected many papers, it felt like there was still little we could say about the current state of the adaptation literature.

Through discussion with the reviewers and multiple revisions of the paper, we however slowly came to realise that the way the studies we had collected were distributed would be an interesting research finding in itself. We drew up two tables that showcased the variables, climate-related hazards, and types of adaptive behaviours that each paper had studied. By doing so, we had created two maps of the literature that clearly showcase which areas have been charted extensively, and which areas are yet to be explored. Based on these tables, we could offer clear directions for future research in our discussion section. By visualising the clustering of the studies, we managed to turn a weakness of our paper into a strength. We hope that these maps will inspire future research to explore these yet uncharted areas of the literature. 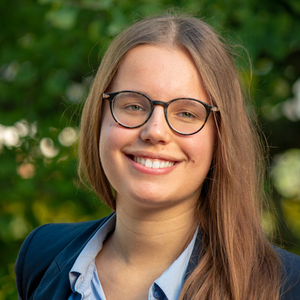