How do humans make decisions as a crowd? Disentangling group dynamics through computational cognitive modelling

Studying individual human behaviour is not very easy, let alone collective behaviour! Describing how an ecology student finally became a human behavioural researcher, I will take you through my personal journey behind the paper.

Having done my undergraduate study of fisheries science and population ecology, I pursued my PhD in social psychology at Hokkaido University, Sapporo, motivated by a fairly naïve ambition to understand human group dynamics by employing population dynamics models.

A flow of human crowds in Tokyo, resembling population dynamics

It was really hard, unfortunately. Especially if you were concerned about individual differences, behavioural plasticity or learning, population dynamics modelling might not be the best approach. The population dynamics approach views collective behaviour as a flow of animal groups consisting of similar individuals. In other words, it ignores individual differences and, by doing so, focuses only on “average individual” or “per capita” behaviour to predict what would happen for the group as a whole. Indeed, thanks to this simplification, scientists can analyse the nature of collective behaviour using formal mathematics.

However, I was interested in what happened if human groups consisted of very different individuals. I also realised that human decision-making could be highly path-dependent due to learning, a factor I did not want to ignore. To deal with this individual heterogeneity, therefore, I needed more fine-grained, tailor-made modelling that could capture individual differences while concurrently being tractable at the collective-level.

My answer was hierarchical computational cognitive modelling. Assuming both the population-level and individual-level parameters, I would not only be able to capture the collective-level states but also have detailed insights into individual behavioural processes. This suited to my purpose perfectly. To tackle this question, I obtained a postdoctoral fellowship from the Japan Society for the Promotion of Science, JSPS, which enabled me to continue this research collaborating with Kevin Laland and Andrew Whalen in St Andrews, Scotland.

The problem was, however, that I lacked those skills to implement hierarchical computational models using statistical software. My expertise in building online behavioural experiments relied on Flash (with ActionScript3), which was already out-dated and disappearing in 2015. A modern alternative way to create a real-time interactive browser game was needed.

I was overwhelmed. It looked like too many things to learn before I could even start the project. I felt myself getting lost.

Got lost? Welcome to the science jungle.

Well, this was actually a groundless fear.

I had underestimated the power of open sources and open science. There were many R and Stan codes implementing hierarchical cognitive models that were freely available to anyone. There were many sample Node.js scripts which you can just copy-and-paste to build your own chat-room programme. Of course, I still needed to put my soul into the details of my models and experimental settings, but the processes were much easier than I worried at the outset. For the sake of indirect reciprocity, I am now delighted to share my code in the hope of a small contribution to this wonderful community. Any questions or suggestions are always very welcome.

I am very excited to witness that our paper is finally out. Although my first naïve plan of using population dynamics modelling failed, hierarchical cognitive modelling still has a beauty of the population-level simplification in its core philosophy. I believe this emerging approach will provide a promising avenue to synthesise understanding the micro behavioural foundation with the macro-level dynamics such as group decision-making and cultural evolution, bridging the gaps between biology, social science, and humanities. 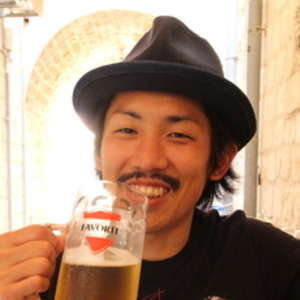