Have you ever told someone how you feel? Did it make you feel better? It may very well have.

Studies of affect labeling show that putting your feelings into words can reduce their intensity. It may help with anxiety or phobias, and it works even if you don’t believe that it does. In other words, it seems to offer a simple and straightforward option to regulate your emotions.

Measuring the effects of affect labeling in a lab setting is, however, not as straightforward. Researchers have to use evocative images or other stimuli to provoke an emotion in their subjects and measure changes in their emotions before and after the affect labeling. However, repeatedly asking people how they feel or measuring emotions from MRIs or facial responses can change the emotion itself.

During a meeting with Rui Fan, one of the authors of our study, who was visiting my lab at Indiana University from Beihang University, we wondered whether we could study affect labeling on Twitter. The potential seemed enormous: Emotions feature prominently in social media, our user sample could run in the hundreds of millions, and since tweets are posted every second, we could measure emotional changes at very fine levels of granularity.

But there was one problem. How do you measure users’ feelings on Twitter?

Following an hours-long brainstorming session generating clouds of chalk dust, inspiration suddenly struck. What if we could find cases where people spontaneously tweeted “I feel bad” or “I feel good?” That tweet could be taken as a case of affect labeling because the individual unambiguously stated they were having a feeling at that point in time. If the tweets posted before and after this tweet reflected the underlying emotion, we could track its changes over time with an off-the-shelf sentiment analysis tool. We found more than 70,000 individuals who posted such affect labeling tweets and analyzed the sentiment of their other tweets at different times before and after their affect labeling.

The results were revealing. The before and after-tweets showed an accelerating build-up of the emotion about an hour before its expression, indicating the emotion was already changing the sentiment of individuals’ tweets before they explicitly reported it. Affect labeling happened right at the point of peak text valence after which emotional levels rapidly dropped back to neutral levels in less than 15 minutes. Interestingly, women and men seemed to benefit in different ways from expressing positive and negative emotions.

The picture that emerges from our results matched earlier findings on affect labeling but also significantly extended them. Our observations were made from more than 70,000 individuals experiencing naturally occurring—not experimentally provoked—emotions. We tracked changes in human emotions at previously unseen levels of detail—at a resolution of single minutes—possibly with less experimentally induced observer bias than before.

Of course, many questions were left unanswered. Does affect labeling involve the users’ social context? Does it work for all types of emotions? Can we improve sentiment analysis algorithms to detect emotions instead of text sentiment? How does emotional regulation factor into mental health?

We did shed some light on an age-old question: is it good for you to express your emotions? Our results say, "Yes, even if you are doing it on a social media platform in front of thousands of followers!" I have decided to open up a little more often in my personal life and simply tell people how I feel when I need to.

Right now, I am feeling pretty excited about this research. 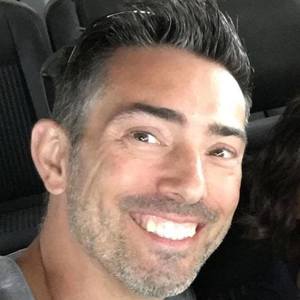 Johan Bollen is a professor at the Indiana University School of Informatics and Computing. He was formerly a staff scientist at the Los Alamos National Laboratory from 2005-2009, and an Assistant Professor at the Department of Computer Science of Old Dominion University from 2002 to 2005. He obtained his PhD in Experimental Psychology from the Vrije Universiteit Brussel (VUB) in 2001. He has published more than 75 articles on computational social science, social media analytics, informetrics, and digital libraries. His research has been funded by the NSF, DARPA, IARPA, EDA, NASA, and Andrew W. Mellon Foundation. Johan lives in Bloomington, Indiana with his wife and daughter. In his free time he enjoys P90x and DJing in the local Bloomington clubs as DJ Angst.
Follow