Our memories are central to our sense of self, they guide our decision-making and strengthen our affiliative bonds with each other. We often reminisce with our friends, and we use memories to define ourselves to new acquaintances.

Imagine being out for dinner with friends for your birthday, when someone asks you which was your best birthday ever? Immediately, you remember the time you got this extra special ice cream cake and proceed to describe it with great gusto, dwelling on its intricate decorations. What happened in this scenario, is that your friend prompted you to recall an autobiographical memory, that is a memory from your own past. And what you did was to provide a description of a specific positive autobiographical memory. Doing so might be particularly adaptive when we experience stress, as suggested by a study recently published in Nature Human Behaviour. The study showed that reminiscing about positive memories had a buffering effect on emotional and hormonal stress reactivity to an acute physical stressor. An inability to draw on specific autobiographical memories on the other hand, is characteristic of people suffering from depression.

Remarkably, similar results have also been found in mice. Scientists provided mice with a positive experience and tracked where the memory was stored in the brain. After exposing them to stress, activating the area of their brain that had stored the positive memory reversed the depression-like behaviour. Of course, we need to study whether this extends to humans. Researchers commenting on the study said that: “We are left wondering whether the repeated recall of positive memories will result in resilience to adversity.”

In my master’s project at the University of Cambridge, I tested this hypothesis, investigating whether drawing on positive memories in the face of adversity was an equally protective mechanism in humans. To do so I used data from a study that was conducted back in the 1990s in adolescents at risk for depression, led by my co-author Professor Ian Goodyer. They assessed adolescents’ symptoms of depression, hormonal stress levels, negative thinking patterns as well as their ability to draw on specific autobiographical memories at age 14. One year later the adolescents were called back to the lab and they were reassessed on these measures. In addition, they were asked whether they had experienced any stressful life events in the preceding 12 months.

What the results showed, which were published in our Nature Human Behaviour paper “Positive memory specificity is associated with reduced vulnerability to depression”, was that those who recalled more specific positive memories at the outset had lower levels of stress hormones and fewer negative self-related thoughts one year later. We also wondered: did this depend on whether the teenagers recently had experienced a stressful life event? My co-author Dr Susanne Schweizer had the brilliant idea that we could run a more complex model to test this. Importantly, in this analysis we found that recalling specific positive memories was associated with lower vulnerability to depression by reducing negative self-related thoughts in response to stressful life events. These findings further supported the hypothesis that recalling positive memories would result in resilience to adversity.

Our findings are in accordance with the ‘resilience framework’, which aims to identify resilience factors and mechanisms that protect against stressors over time. My supervisor and senior author Dr Anne-Laura van Harmelen was involved in a Perspective paper outlining this framework, published in Nature Human Behaviour last year. Our paper is hopefully one of many coming up, inspired by this effort to pin down the difficult and dynamic concept of resilience and identify its mechanisms.

Moving forward, these results may lead to increased research on the possible role of positive autobiographical memory specificity in the prevention and treatment of depression. At the moment, I am particularly excited by a project in the making by our colleagues, headed by Dr Caitlin Hitchcock at the MRC Cognition and Brain Sciences Unit in Cambridge. They will investigate if temporarily increasing access to specific memories may enable people who are depressed to benefit more from interventions that are often used in Cognitive-Behavioural Therapy (CBT), such as tasks that involve challenging negative thoughts. These scientists are going down a promising translational path which could help bridge our findings from the basic science of personal memories with clinical research on depression. Hopefully, this research may eventually lead to improved outcomes for people who suffer from depression. 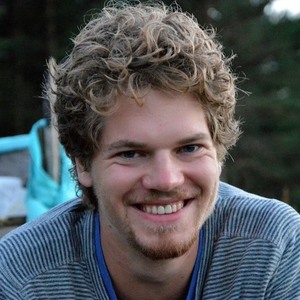 Noninvasive neuromodulation for obsessive-compulsive behaviors
Contributor
Behind the Paper

Karol Kempa
Behavioural and Social Sciences at Nature Research
We use cookies to help improve your experience. By continuing to browse our website you are consenting to our use of cookies.
Learn more