A lawyer, a scientist, and an economist walk into a bar…

Write an interdisciplinary paper about wake effects from wind turbines, and along the way, learn quite a few things about different (and weird) discipline norms

Several years ago, Julie Lundquist (an atmospheric scientist), K.K. DuVivier (a lawyer), and myself (an economist) were fortunate to receive an NSF Grant to bring an interdisciplinary focus to the question of whether or not wind farms were “good neighbors” to adjacent landowners (Coupled Natural and Human systems program BCS-1413980). We thought carefully about how to best leverage the respective insights we bring from each of our disciplines and further the advance of science in a truly interdisciplinary fashion.

Turns out, this is hard to do.

Nevertheless, we persevered. With the help of Jessica Tomaszewski (an atmospheric science PhD student), our legal, economic, and atmospheric science analysis of the costs and consequences of wind turbine wake effects is now in Nature Energy here: https://go.nature.com/2RiuRYf.  While we learned a lot about how each discipline thinks about wake effects from wind farms, we also learned a lot about the different, and often weird, norms across each other’s disciplines.

For example, K.K. explained that in law, they can submit an article simultaneously to 100 or more journals. Once they get an offer from one journal, they can let the other journals know and trade up to higher ranked journals until they get an offer that they like. Jessica, Julie and myself found this article “auction” to be absolutely baffling. The fact that law reviews, even the most prestigious, are run by students is just the crazy cherry on top.  On the flip side, my colleagues were amazed accepted papers in economics journals can take up to two years to appear in print.  For example, a recently published paper was first publicly presented when my wife was pregnant – my son can now read it (sort of).

Second, how “knowledge production” is paid for across disciplines was quite surprising. In economics and law, there may be a small submission fee per journal, but typically we are not required to pay anything for the actual publication.  As such, K.K. and I were amazed to hear that Julie once paid $8k in “page charges” for a publication, and that a) this was the negotiated rate, and that b) while a high cost, it was common to have page charges at reputable science journals (and not just at vanity outlets like the Journal of Sports Medicine, Basket Weaving, and Coral Reefs that I keep getting emails from).  Similarly, the financial model for research assistance by law students was quite the surprise to Julie, Jessica and myself, as those law students who are interested in limited research opportunities with a faculty member don’t do it for long. Putting on my economist hat for a moment, I suspect this has something to do with the fact that research assistants in law are *checks notes* paid below minimum wage.

A third distinction that emerged was how figures and tables in academic papers are utilized. Julie and Jessica tended towards making really cool, colorful figures to illustrate points, while I leaned towards making really big, dense tables with lots of econometric estimates - and rows of asterisked footnotes that made Julie’s eyes cross.  By contrast, K.K. noted law articles are almost exclusively text-based, and the few times she has included a figure, the online versions popped up a warning: TABULAR OR GRAPHIC MATERIAL SET FORTH AT THIS POINT IS NOT DISPLAYABLE.  This difference led to a lot of “I’ll take your word for it” in terms of interpreting the various outputs we produced.  For example, Julie and Jessica have noted that when presenting our paper to atmospheric scientists, Figure 5c really revs them up.  And while it is an aesthetically pleasing figure, if someone were to ask me to explain it…   ¯\_(ツ)_/¯

Finally, we were all disappointed to learn Nature journals do not allow punctuation in the article title. Economists will find Nature’s rule very limiting, as “Semi-clever pun: Here’s what the paper is really about” is the template for an alarming number of paper titles. In fact, our originally submitted title was “I Drink Your Milkshake: Costs and Consequences of Wake Effects Arising from Uncoordinated Wind Energy Development”, referencing the milkshake metaphor for oil/gas deposits from the 2007 Paul Thomas Anderson film, There Will Be Blood. We were required to abandon the metaphor, much to our chagrin.  So while the published title is quite serviceable, it doesn’t quite capture the vivid image in our minds of upwind wind farms “drinking up” the kinetic energy of the wind, leaving less “milkshake” for those downwind. 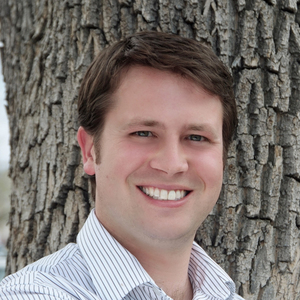 Jenn Richler
over 2 years ago

Because I handle paper from across all social science disciplines, at journals that must also accommodate life and physical sciences, I think about differences in disciplinary publishing standards all the time. So this post really speaks to me...and was enlightening, too!

Sorry about our no punctuation in titles rule, but at least the milkshake metaphor will live on here.

Tobias Schmidt
over 2 years ago

Thanks for the really fun blog entry! Even tops my experiences from working in an interdisciplinary research group of engineers, economists, and political scientists on a daily basis.