Breaking with the norm: When a trip to the beach can lead to writing a paper

The paper in Nature Human Behavior is here: https://go.nature.com/2NfYZ8B

We’ve always been independently interested in social behaviour and how communities and groups affect our decisions. Jon, who is finishing his PhD at Columbia Business School, has found that communities are essential in buffering against short-sighted financial decisions, especially among the poor. Meanwhile Oliver, who has a background in game theory at Harvard University (and now works at the University of Exeter), has studied how and why people work together for future generations or to help their neighbours.

But it wasn’t until we met at a conference—the 2015 Spring School in Behavioral Economics—at UC San Diego that our shared interests in social behaviour and decision-making really came together. And it might have been the unusual way we met that really sparked the research collaboration – and the questions we ended up trying to answer.

Most conference attendees who start a collaboration tend to meet in a panel or workshop, ask an interesting question from listening to each other’s talks, and start a research idea that blossoms into a project that turns into a paper. You might call that the normal model.

Our research project didn’t follow the normal model. We got to know each other after having independently decided to skip an evening lecture, and instead headed for the beach (it’s San Diego after all!). It was a surprise to both of us when we met there, and so we got talking about what it means to miss out, and what mechanisms might spur people on to comply with—or rebel against—perceived (or misperceived) social norms.

We quickly realised that we both believed we were acting against the so-called “descriptive social norm” of the conference (i.e., the observation that most people attended all sessions). However, we also agreed that doing so was likely not a problem for us because attendance was not compulsory, neither formally nor informally. We believed that our peers would not judge us for missing a lecture, and so felt safe to ignore the conference norm for a bit. (Admittedly, we might have been completely wrong, since we never checked with our peers: we simply relied on our “second-order beliefs” – what we think our peers think about an issue.)

By the end of the conference, we had not only developed a healthy tan, but were also intrigued to know whether our own experience of conference norms would generalise to other (more policy-relevant) settings. To explore this idea, we got in touch with Opower, the utility provider which made its name by adding a “descriptive social norm” message to the traditional energy bill, i.e., by showing people how much energy they consumed relative to their neighbours, households reduced their energy consumption over time. However, we found in our analysis that Opower’s intervention didn’t work equally well across all U.S. states – and we wondered why not.

This, we thought, was where our idea about the crucial role of second-order beliefs—what people think their peers think—could be of value. And, indeed, when we ran a study, we found that in U.S. states where people thought that their neighbours cared a lot about energy conservation, Opower’s descriptive social norm messages were associated with greater energy savings. On the other hand, in places where people thought that their neighbours did not care, showing descriptive social norms was associated with much lower energy savings. We could even show that there was a causal link: we ran an additional experiment, demonstrating that when people believed their neighbours cared about energy conservation, they were more likely to indicate their willingness to save energy.

The take-away is that it is not only what most other people are doing that matters, but also whether we believe they care about this behaviour. But of course, the other conclusion is that sometimes the most interesting research questions are right there in front of you – and perhaps that a trip to the beach can be as productive as attending a conference. But we’ll need to collect more data to be sure about that… 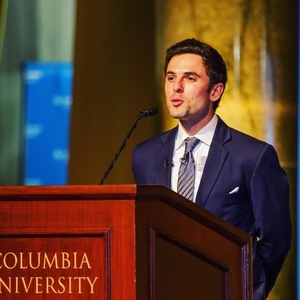 Jenn Richler
over 2 years ago

I love this story about finding collaboration in unexpected places. And so clever to link your paper's central idea of descriptive norms vs. second-order beliefs to the behavior that brought you and your collaborators together in the first place (this example will surely help non-expert readers understand these concepts!)

Jon Jachimowicz
over 2 years ago