This paper was written in a relatively short period of time. But after some further reflecting, it becomes clear that it is a result of almost a decade of conversations combined with the good fortune of having been involved in the creation of a large and high quality dataset. Without this dataset we would not have been able to explore the ideas we had been discussing.

This paper (https://www.nature.com/articles/s41560-018-0235-8) was written in a relatively short period of time, in part, because the data comes from the European Social Survey (ESS), which is open access from the minute data collection and preparation is complete. This is great. Data should be open access and be used by as many people as possible (especially a dataset of this quality). But we also wanted a chance to publish our ideas, which can be a lot more difficult if others have already published using aspects of the same dataset. This desire to get our hands on the data was also heightened by the fact that my co-authors were instrumental in the creation of the energy and climate change module that was part of the round 8 ESS. Without them this data would not exist. So we were ready with a plan (sort of) when the data was released.

In reality, this paper has a much longer history.

For me it dates back to 2009 when I was doing my PhD research, examining public perceptions of renewable energy in the wider context of the UK policy landscape. Lots of research was emerging around perceptions of climate change but hardly anyone had asked about energy security, which seemed like an oversight given its importance in policy. Energy security is, however, a complicated concept (to say the least) so creating questions for a public perception survey was not an easy task. Nonetheless I did a lot of reading, and some piloting, and decided to include some questions in a survey - just to see what we would get. A few years later I find myself somewhat unexpectedly in a meeting as the ‘energy security perception’ expert, being consulted on how to include these questions in future surveys. From then on, versions of these questions were included in several surveys over the years, providing further data to build an understanding of how people think and feel about energy security issues.

Fast-forward a number of years and my colleague Wouter Poortinga (and former supervisor and co-author on this paper) is talking to me about including energy security questions in a special module on energy and climate change for the ESS. Now we are talking big leagues! The ESS is conducted in over 20 countries using gold standard methodology in terms of sampling and other aspects of data collection. The ESS process also requires lengthy preparation including multiple rounds of piloting and cognitive testing to ensure the questions are reliable and valid. This is important. It is easy to throw some questions together on a topic we are interested in, but as any student who has completed an introductory statistics class knows: put garbage in and you get garbage out. Thus, this lengthy process of testing and refining can give confidence that we are asking about something meaningful, not only conceptually but also meaningful to those who we are asking – our survey respondents.

But this paper is not just about public perceptions of energy security. It is also fundamentally about comparing energy security concerns across countries. Our research team has been interested in conducing country comparisons for a while because it can shed light on how national contexts can influence people’s perceptions about issues - in this case people’s sense of energy security. But we didn’t just want to look at perceptual differences across countries and then speculate why these differences exist. This is what you end up doing if you only have public perception data. Luckily we also had obtained access to a large dataset of carefully collected national-level indicators on a range of topics. As a result we were able to test whether any cross-country differences in energy security concern relate to these quantified indicators of national context.

We were particularly keen to not only include indicators of national context that are specific to energy issues (e.g. level of imported energy or energy prices), but also capture wider economic and social context. Indeed we find the wider human wellbeing of a country to be an important determinant of how secure people feel about energy. This suggests that people’s sense of energy security is tied up with their general sense of security in the state (and perhaps its institutions), and that social and economic equality play an important role in this. We hope the research community will explore this finding further in the future. 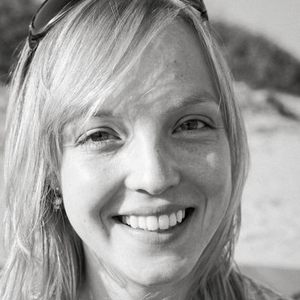 Jenn Richler
over 3 years ago

I love the contrast between the long conceptual road and the quick work to write the paper once the results were available. And the insight into what goes into constructing a good survey is great - I especially like the point about ensuring questions are meaningful to both the researchers AND respondents.

Christina Demski
over 3 years ago

I am glad you liked the post! It was really nice to reflect on how the paper came about - we should do that more often. Hopefully more authors will make use of the platform to share their reflections. I look forward to reading them.