We are faculty members at the Energy Planning Program, COPPE, Universidade Federal do Rio de Janeiro, Brazil, working together for quite some time now. We have been sharing graduate courses, co-supervising graduate students, collaborating in various research projects, and co-authoring dozens of papers, including this one we want to comment. And, we share some visions of the contribution of academia, of science and of mathematical models, and of applied tools in general, for the future of Brazil and even for the future of the world.

During the past two decades of experience, we strove to develop and apply integrated assessment models (IAMs) to assess scenarios for the energy system, land use and resulting greenhouse-gas (GHG) emissions (CO2 and non-CO2) in Brazil (and more recently, with our new global IAM, the COFFEE model, in the world). However, in the last two years, with the political upheaval that took over Brazil, we were faced with the perception that it would not be - and perhaps it has never been - possible to look at Brazil with our eyes only at what would be most reasonable from a technical-economic standpoint.

The models fail, either because, as Worrel et al (2004)... said: “…model assumptions are often more important than the structure…”. Be it because the analyst swings between following an exaggerated bias of optimism, saying himself as Doctor Plangloss said: “Tout est pour le mieux dans le meilleur des monde” ...

... or to follow a more cautious view in which he must beware of what he desires, as the Greek Demosthenes warned: “for every man believes what he wishes, though the reality is often different.”

In fact, one would quickly believe in what one wants. And, as the celebrated Brazilian bossa nova music composer Tom Jobim once said: "Brazil is not for beginners." Certainly, no emerging country is, in its enormous social and economic disparities, in the difficult construction of the concept of citizenship (in the face of these disparities), which often leads the State to develop strategies for small interest groups. In this case, the use of mathematical tools by engineers like us should, as Craig et al. 2002 said: “...illuminate the consequences of action or inaction and thus lead to changes in behavior…,” so that “…predicting problems can lead to changes that avoid them…”.

This was exactly the spirit that guided our study, developed in partnership with colleagues from the Universidade Federal de Minas Gerais (land use modeling experts) and the Universidade de Brasília (a political scientist), also from Brazil. Yes, we needed an expert in political science, because land-use and deforestation in Brazil is more of a political rather than an environmental or even economic issue. One may think that the control of deforestation is the least-cost climate mitigation option in Brazil. But it is not. This common sense totally forgets to take into account that the political cost of controlling deforestation on public lands is a cost that must be borne, and sometime this cost is pretty high, as is the case in Brazil these days of a weak and unpopular government.

Indeed, in our paper we estimated the negative impacts associated with the reversal of governance associated with the control of deforestation in Brazil. For this, we used sophisticated mathematical models developed in-house by the team of graduate students and postdocs we lead, for modelling both the land use and energy systems in Brazil. In the article, we indicate the causality between the fragility of the government and its susceptibility to the pressure of interest groups, for what we call political bargaining to the detriment of the national interests. More than that, we indicate that the deforestation being promoted by interest groups on public lands is in no way needed for the Brazilian agricultural sector, which continues to generate value, and to expand its production in scenarios of higher environmental governance.

Our conclusions are in line with those from other studies also recently published, as the ones by Soterroni et al (2018) and Silveira et al (2018). In all these articles the word "threat" also appears. This threat is not limited to the loss of biodiversity, nor even to the internationally-agreed commitments to the Paris agreement - and the larger goal - associated with the control of global climate change. This "threat" also refers to the negative impacts on the Brazilian economy and on the Brazilian people. From a political point of view, a reversal of the environmental governance framework for bargaining with minority but overrepresented interest groups is observed. No political platform, whatever it may be, justifies these “under-the-table” arrangements. There is no modernity in them. Nor any benefits come out of them for the Brazilian society.

What is at stake is the negative economic impacts these bargains will have on the economy, including the agricultural sector itself, in terms of productivity losses, unpredictable climate impacts and risks, and even of image value losses for their products, compromising a significant share of the country's exports, as agricultural products account for some 45 percent of the country´s total exports.

Who is going to pay for the bill of these bargains? The Brazilian society certainly will. And the Brazilian industry. And the Brazilian agriculture. According to our estimates (which are conservative and certainly underestimated values, as they do not account for biodiversity losses), for the period 2017- 2050 the total cost to meet the same demand for energy and food in a scenario of low environmental governance is almost three times that associated with a scenario of higher environmental governance; a loss of almost USD$ 4 trillion imposed on the productive sector, which is more than two times as much Brazil´s current GDP.

In these bargains the Brazilian economy loses a lot. It may even lose its long-term competitiveness in a world that increasingly values “green” products. High-level science converges in the sense of alerting to an important threat to Brazil and to the world as a whole. Particularly, we hope that the Brazilian society, when making its choices in the upcoming presidential and governor´s elections of 2018,be in the political sphere or in the productive sector, will think about its future. It is not with policies, politics and candidates making agreements as if we were still in the nineteenth century that we will reach the future that is expected from Brazil, and that its society deserves.

But, as we said in the very beginning, we are only university professors working with energy, climate change mitigation, and integrated assessment models. What can we possibly do? 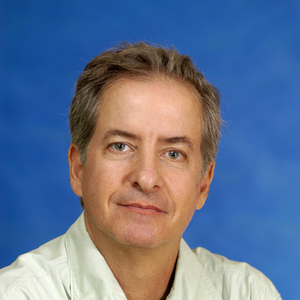